There are various stories behind the Christmas tree tradition. Whatever the stories are, using flowers in the tree decoration is by no doubt the best way. That is where the Flower Club comes in. We will deliver fresh Christmas flowers that you can use in your Christmas tree this festive season. Order flowers from the best florist in Melbourne and you enjoy same day delivery.

It is said that the Christmas tree tradition was started in Germany. It has been discovered that devoted Christians came with Christmas trees into their homes from around the 16th century. While some people built Christmas pyramids of wood, other people decorated them with evergreens in case wood was hard to find. Do you know that it is Martin Luther King who included candles to the trees? Keep in mind that Martin Luther King was the first Protestant reformer. 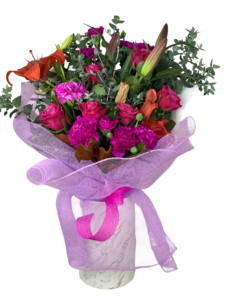 Luther King got excited by the brilliance of stars when he walked towards his home one winter evening. That is when he decided to put a tree in the main room with the main aim of recapturing the scene for his family. It is good to know that Martin Luther King wired the tree branches with lighted candles.

There have been claims that wooden pyramid trees were to be like Paradise trees. They were first used on Germany Mystery. You might be aware that German Mystery and the Miracle plays were acted out in front of Churches especially during the Christmas period. Have you ever heard that the 24th of December was Adam and Eve’s day? It this day, Paradise day symbolized the Garden of Eden. 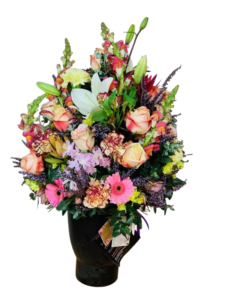 In most cases, the paradise tree was used around the town. This was done several hours before the play began. Actually, it was a way of advertising the play. The main aim of the play was to tell bible stories to people who could not be able to read.

The custom of having Christmas trees during Christmas day can well be traced from Latvia to Germany. Saint Boniface is said to have come across people who wanted to sacrifice a young boy. They were doing this while at the same time worshipping at an oak tree. He cut the oak tree to stop the action of sacrificing the boy. Saint Boniface was very amazed to see a young fir tree springing up from the roots of the oak tree. In his writings, he claimed that this was a clear sign of Christian faith. From there, his dedicated followers decided to decorate the tree with candles so that Saint Boniface could preach to the pagans during the night.

Previous Article What are the most popular Australian native flowers?
Share This
Next Article Why are Australian Natives HOT now?
Quick Shop
PRESS ESC TO CLOSE